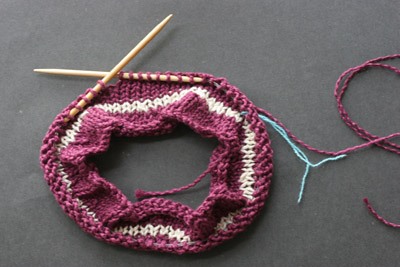 Knitting on circular needles is called Knitting in the Round.  You cast on to your circular needle in exactly the same way that you cast onto straight needles. The first row where you make your join will be the hardest.  After that, it's easy.

Knit in the round

Want to master Microsoft Excel and take your work-from-home job prospects to the next level? Jump-start your career with our Premium A-to-Z Microsoft Excel Training Bundle from the new Gadget Hacks Shop and get lifetime access to more than 40 hours of Basic to Advanced instruction on functions, formula, tools, and more.

I love working with circular needles. Thanks for the great video!